Lindisfarne Island is now a ruined priory in Northumberland, northeast England. It is a castle and a protected natural area. It evokes especially for history lovers the shock of an encounter between two worlds.
The monastery was founded in 634 AD on the island of “Lindisfarne” (with an uncertain exact etymology) by an Irish monk: Saint Aidan. He set out from Iona Abbey on the west coast of England, known as a training ground for scribes, copyist monks and illuminators. He brought with him the knowledge and techniques of illumination. Lindisfarne soon became a center of influence of the so-called “Celtic Christian” religious culture as well as of evangelization from the northern regions to that of Mercia, further south. An evangelization which concerned the most modest up to the high nobility. A place of artistic creation

Lindisfarne is a priory, a religious building of little less importance than an abbey, at the head of which a prior leads a small community of monks. Daily life there is punctuated by prayer, reading or even preaching and copying sacred texts. Among the monks and bishops who lived there, there are some saints. Notably Saint Cuthbert (634 to 687 AD) for the historical writings and the Gospels of Saint Cuthbert. And more particularly Eadfrith of Lindisfarne (. -721) to whom we owe the famous Lindisfarne Gospels or Lindisfarne Gospels. These jewels and remarkable works of illuminations made in Lindisfarne have fortunately been preserved. They are founders for the history of art and Western culture in more ways than one. A Viking Age in Britain

The date of June 8, 793, the date of the looting of Lindisfarne, is what is known in terms of historiography as the “beginning of the Viking Age”, or “Viking era”. This event takes place in the midst of instability in the territorial and political construction of Anglo-Saxon England, as well as the expansion of the Christian religion. Although smaller raids and plunders had taken place before, the arrival in Lindisfarne of pagan Viking settlers in force, eager to seize rich territories, competed with the powers that be and sent a shock wave that was felt all the way to the court. of Charlemagne. Looting and destruction of objects of worship, sacred relics, murders, contribute to the rejection and fear aroused by the Danes. This is the first significant experience of opposition of beliefs between Scandinavian pagans and Anglo-Saxons whose Christian faith is still fragile.
This violent intrusion is an opportunity for the Anglo-Saxon powers in place, marked by instability and internal struggles, to try to strengthen and structure themselves by uniting against a common enemy. Important political figures will be able to appear such as Alfred the Great (848 – 899). This king of Wessex and first king of England will put an end for a time, during the battle of Ethandun (in May 878, almost a century after Lindisfarne) to Danish expansion, while preserving the territory of Wessex. His son Edward the Elder and his grandson Æthelstan will also contribute. The Viking establishment took shape with the creation of a Viking Kingdom of York -or Jórvík-, in 866 on the territory of Northumbria and the kingdom of Deira. This kingdom was established by the Great Danish Army – or Great Heathen Army headed by, among others, the brothers Ivar Boneless, Ubbe and Halfdan Ragnarsson. It is the Danish law or “Dane law”, imposed on this territory which gave it its name: “Danelaw”. The attack on Lindisfarne by the Vikings in 732

Ivar Boneless says “Ivar the boneless” in the series “Vikings”

The looting of Lindisfarne is the first step in a clash between two worlds that will lead to a gradual assimilation of new settlers in England. The death of Eric 1st “Bloody Axe”, last king of York, and the submission of Northumbria by King Eadred of Wessex, leads to a relative status quo which follows the end of the Danelaw but does not put an end to the presence nor to the Viking influence in Britain.
Viking pressure was once again manifested by the arrival of the Danish prince Knut the Great, who knew how to combine a decisive military victory over the house of Wessex at the battle of Assandun in October 1016, and an intelligent marriage with Emma of Normandy, descendant direct from the Danish branch of Normandy by Rollo.
This web of unions, successions and reconquests of power between the houses of Wessex, Jelling and soon Normandy culminated in the Battle of Hastings (1066) when William the Conqueror killed Harold Godwinson, the last king crowned Anglo-Saxon, definitively ending Saxon rule in England. The reigns of the Scandinavians then that of the “Anglo-Normans” who will succeed them, will play an essential role in the construction of the kingdom of England. These traces are still found today. The interplay of Christian unions and “more danico” between native populations, English nobility and Scandinavian and Norman colonists, the relations between peasant populations and nobles, travel between England and Normandy… lay the foundations for a new mixed English population. Cultural, religious, economic interactions, exchanges of all kinds allow the development of an original and rich culture. From a linguistic point of view, it would be tempting to find in the English language numerous contributions from Eastern Scandinavian and Viking vocabulary. And thereby a manifest sign of his influence. If a contribution is effective and important, it is also to be taken with great caution because nothing is less simple than to disentangle the origins of the terms, both in the spoken language and in the toponymy, of what makes up “Old English ” then English. “Old English” was built on the linguistic contributions of Jutes and Angles, who came from a region close to Denmark. The Norman/French, Saxon, Scandinavian/“Old Norse” dialects: Danish, Norwegian, Swedish… have common Germanic origins. It is therefore very thorny to deduce a more “Viking” than Saxon origin. We will of course mention the inevitable days of the week: thursday, Thor’s day, friday, Frigg’s day, tuesday, Tyr’s day. Similarly, much of English maritime, environmental and warrior vocabulary has been borrowed from Scandinavian languages.
The Anglo-Norman language, languages of scholars and high officials, will be a symbol of elitism within the English nobility. Alternately integrated or rejected according to history, it symbolizes above all the Norman influence, and beyond that French, in England. Finally, we can recall the special place of Yorkshire, heiress of the Danelaw, in the history of England. Its dialect is the most striking testimony to the heritage left by the Vikings… following the first foot in Lindisfarne. 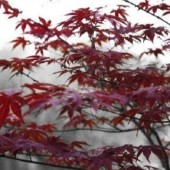 The Anasazis: A Matrilineal Civilization?